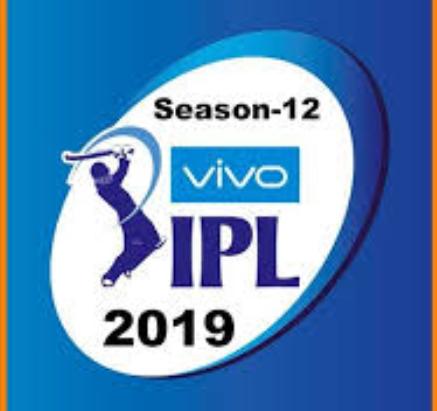 The Committee of Administrators (CoA) and the Board of Control for Cricket in India (BCCI)is finally announced the schedule for the 12th season of the India Premier League 2019(IPL 2019). However, the schedule is limited for the first two weeks of the tournament as the dates for the 2019 Lok Sabha elections have not been announced.

Opening match of Indian Premiur League (IPL) 2019 will be played between defending champion Chennai Super Kings (CSK) and Royal Challengers Banglore (RCB) in Chennai on march 23rd 2019. All the franchises will host at least one home match in this two-week period according to the schedule announced.

“IPL released the schedule of the first two weeks (17 matches) of the 2019 Season. These are still subject to the announcement of the Lok Sabha 2019 election dates. Once these have been released BCCI will address any issues with the first two weeks and will also prepare a schedule for the remainder of the season working with the local authorities around the polling dates,” an IPL media release read on Tuesday.